About four years ago I started writing a memoir titled Memoirs of a Magnificent Bastard. The title was meant ironically, of course.

(I did have an alternative title in mind -- The Life and Times of an Inconsequential Man -- which would have drawn even less attention.)

To be sure, I once did have great ambition. But it didn't work out.

I am not gifted, nor am I extraordinarily smart. I wasn't studious, nor hard-working. I did not write a great novel, not compose a great song, not paint a great work of art. I did not discover anything of importance, not invent something extraordinary. I did not save anybody's life, nor lead a revolution. I was not born into Royal entitlement, I cannot hit or kick or throw a ball particularly far, and I do not give make-up tips on YouTube. I did not live through great adventures, nor through great hardships.

Nothing ever became of me, and I was lucky. If I had achieved something, I may have never met my lovely wife. 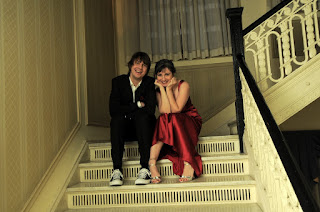 Besides, the problem never was that I did not make it in the Academy. The problem was who made it and why. The stakes were against me.

(You see, I come from a country where failure to speak up for fellow citizens has led to unspeakable tragedy. Consequently, early in my life I decided that whenever I run into injustice, corruption, stupidity, or mere indifference, I shall speak up. And so I did give it a good fight, and so I do, and I do have the scars to prove it. But that is all right, because along the way I have learned a few things.)

In the end, who cares? Who cares if my stories will never find a publishing house? In fact, who cares about the lives and times of the people whose memoirs fill a whole bookshelf in our home? ... Well, we do.

And so I will write up the stories for nobody else but us. And if you happen to like a few, all the better.