Since the day I was born I had something on my mind. It can be seen on my face, it can be heard in my voice.

It's all the fault of my father's first wife, really.

And I, I would never have existed.

So you see, if my father's first wife had been a better wife, you would not hold this book in your hands right now, and I wouldn't share some of the laughter and some of the tears that are the stories of my life.

But to be fair: I have lived an ordinary life.

I am not gifted, nor am I extraordinarily smart. I wasn't studious, nor hard-working. I did not write a great novel, not compose a great song, not paint a great work of art. I did not discover anything of importance, not invent something extraordinary. I did not save anybody's life, nor lead a revolution. I was not born into Royal entitlement, I cannot hit or kick or throw a ball particularly far, and I do not give make-up tips on YouTube. I did not live through great adventures, nor through great hardships.

What's worse I don't even personally know anybody who has. (Which is not entirely true. So, let's just say I do not call them my friends.)

As is true for most of us, my life was very normal and full of things I didn't do. Nothing ever became of me, and I was lucky. If I had achieved something, I may have never met my lovely wife.

But let me start at the beginning, maybe with the old black-and-white photograph of my parents' wedding.

The first thing that strikes you is the number of people in attendance. Eighteen. And that is including the Protestant pastor and the two flower girls. The second thing is that nobody is smiling. A wedding with a dearth of smiles. Not a great start.

My mother stands somewhere in the middle, a white pillbox hat on head, her dark hair cut Jackie Kennedy-style. It was befitting.

My mother and her friends had gotten together at their usual tavern that Friday. They sat around around their usual table, and they were in a good mood. My mother told the story that in the morning Herr Meingast, her boss, had taken 10,000 shillings out of the company safe. Again. One of his daughters had failed some exam, and he had to go out to the Ursuline Boarding School to smooth things over with the nuns. As his daughters got older, the trips of penance seemed to become more frequent. They laughed. That's when the news broke.

J.F.K. had been shot in Dallas, Texas.

And then he was dead, only four months after his Ich-bin-ein-Berliner speech, and everybody started to cry. They ordered another round, but the tavern closed early that day, and all that was left was the Hotel Sonnleitn.

To the left of my mother, my father, tall, dark, pomade in his hair, almost twice my mother's age, a white carnation on his lapel. He had just come out of a divorce. His head is straight, but his eyes glance down and to the side, lost in thought, as if to say: "How the hell did I get here."

Only his brother is present. The rest of his side of the family, who knows?

To the right of my mother, my grandmother, deliberately pushing her year of mourning into a second year and therefore still dressed completely in black. Her face not of someone who just bit into a sour lemon but of someone who just bit into the mother of all lemons. Not a merry widow. It would be her natural facial expression for the rest of her life.

There are lesser characters in the picture, of course: On the far right, the man who gave the bride away, Lieutenant-Colonel Zauner, my grandfather's adjutant when my grandfather was still alive. Around him my mother's friends. On the far left, my mother's sister Margot, tall, blonde, a student of Law, somewhat horse-faced, with the facial expression of a half-wit. Next to her, her boyfriend, Carlo, spectacle lenses as thick as the bottom of a Coke bottle, and oh so well-hated by my grandmother.

My father drove a Mercedes, which served my grandmother well in maintaining her status up at the Yellow House. Carlo drove a Puch 700. (Imagine the tiniest car imaginable. Now imagine this car in a station wagon version. Hey presto, a Puch 700!) Whenever my grandmother invited her two prospective sons-in-law, she would buy beer for my father. For Carlo she would buy nothing. Inevitably at those dinners Carlo would arrive with a bulge in his pants. (A bottle of beer, what did you think?) Free things always flow towards those who can afford to pay for them.

Six months later it is the 5th day of April in the year of 1965. It is a Monday. It is early in the morning, five o' clock. Nobody knows whether the day will be sunny or rainy, but I am hoping for rain, as I will be all my life. The place is the delivery room of the Deaconess Hospital in Salzburg. My mother is sitting in the delivery chair, a midwife on one side, a doctor on the other. She has a beautiful face, in spite of the sweat and the tears running down her cheeks. She is slender with the exception of the medicine ball sized protuberance. She is exhausted, in the throes of labour, now fully dilated. I am crowning. Five minutes to my birth.

Outside, in the waiting room, my father, in a light grey suit, white shirt, a black tie. I would be his second son. I don't know if he carries some cigars to distribute to other fathers. I don't know what his thoughts are.

It's 5:05 now. I am leaving behind what has been my home for nine months. It was a good home. My new home as I can see now is rather bright. They say that things made on a Monday are never well made. I don't know if it is true. But I know that from the moment I was born, disbelief was on my mind. It can be seen on my face, it can be heard in my voice.

And things are complicated immediately. 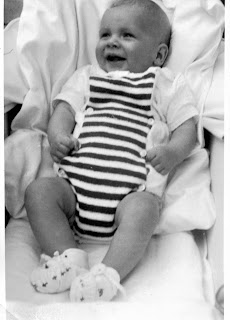 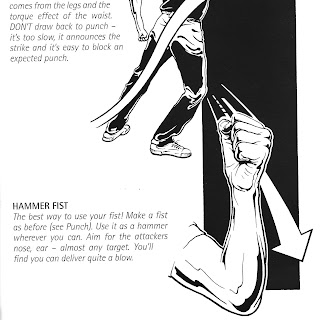 Figure: I in 1965. At an early age I learned a useful self-defence technique called the hammer fist. It would come in handy in my older and more vulnerable years, if only metaphorically. Sources: Irmgard Baumann (1965), John Wiseman (2018)

My father is German and Mutti is Austrian, and although I am born on Austrian soil, and although I will never live in Germany, I am German. If I had been a bastard child, I would have been Austrian. (When I was fifteen some mercy law was applied to me, but later I would be told that this meant only that I am a second-class Austrian.)

What is Austria to me?

A beggar comes to the baker and asks: "Good baker. I am so hungry. You wouldn't have some old rolls from yesterday for me." "Not today," the baker answers. "But come again tomorrow."

The baker, that is Austria to me.

Mutti is very happy to have me, a sentiment that would never fade all through her life. (Why I do not know. I was a difficult teenager and I am a difficult adult.)

She is in a room with two other women. She occupies the bed next to the door, and another new mother the bed next to the window. Between them, a woman whose baby was stillborn. Every time the nurses bring me in for breastfeeding the woman in the middle, a girl really like my mother, starts to cry. Silent convulsive crying. The worst kind of crying. For four days.

My mother had problems too. The milk wouldn't shoot in, and I was getting hungrier and therefore louder by the hour. She tried her best, until at last my father, now head representative of Pomps Perambulators, Baby Supplies, and Baby Food, convinced her that this was the perfect opportunity for his wife to quit her feeble attempts at natural breastfeeding and reap the benefits of modern science in the form of Poms Super Semolina baby formula. Besides, her breasts would stay in shape nicely without stretchmarks or droopage.

And thus I got the bottle instead of the breast.

And my grandmother bit into another sour lemon.

I don't know much about those early years. Black-and-white photographs do exist, of course, but all that can be seen in those pictures is that Mutti truly loved me to an even greater extent that my father did not. And only one tale survives the era before my memory took over.

There was blood and Mutti saw red.